Sign up and see what we can do for you. Unforeseen circumstances and a short time frame were just a few obstacles that made a transition of this size a challenge unlike any other in Cornerstone's 27-year history. Nevertheless, our team prepared to rise to the occasion of envisioning, creating and flawlessly delivering a transformative experience. 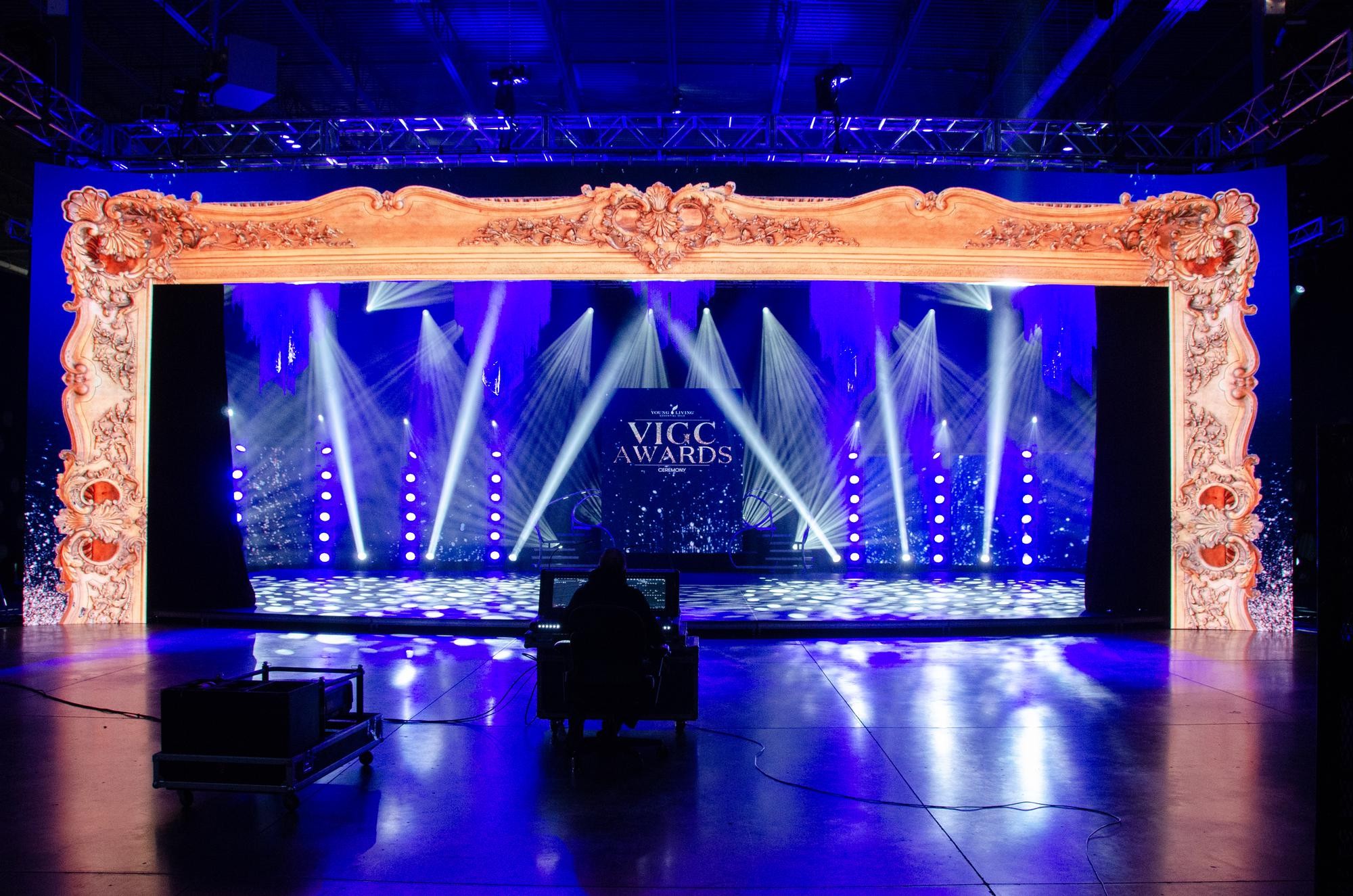 A shift this grand began with Cornerstone's headquarters. In less than two weeks, we transformed our 135,000 square foot facility into a full-service production and film studio. Our newly configured studio featured several interchangeable sets designed for full branding opportunities, dressing rooms for talent and speakers, a state of the art mainstage, & many other bells and whistles.

Many of the things we were accustomed to providing had to be rethought and adjusted appropriately. Venues became event platforms, attendees became online viewers, and stadium performances became in-home performances. The Young Living VIGC opener was among one of these deliverables. Even with over a dozen unique Young Living event openers under our belt, pivoting this year’s opener was not an easy undertaking. However, collectively we knew that this year’s opener had the potential to be just as great and to reach a much broader audience. The end result— was a beautiful piece that generated a heartfelt connection to the audience viewing from home all while creating that in-person energy. This opener is proof that virtual performances can be just as magical.

In the beginning, our team realized that three full-days of content had to be formatted in a way that made sense to our audience. We aimed to engage, entertain, and unite. Together, we reached the consensus that broadcast television format made the most sense, as it is a format that is globally recognized and suited for the content we set out to create. With the adopted daytime television format, we created a morning show, 'Wake up with Young Living', daily yoga and meditation sessions, a night show, 'That's a Wrap', a themed game show, 'Sandalwood Squares' and workshops to complement the general sessions with informative and engaging content.

To support the broadcast television format, we carefully crafted the sets that would put the VIGC in motion. Our studio sets included a full-scale newsroom with complete branding capabilities, a projection-mapped mainstage, and a 180-degree stage that could transport any speaker anywhere imaginable, virtually. Some of these destinations included the Young Living Farms, the tropical rainforests of Ecuador, and scenic island views of Bora Bora, to name just a few. 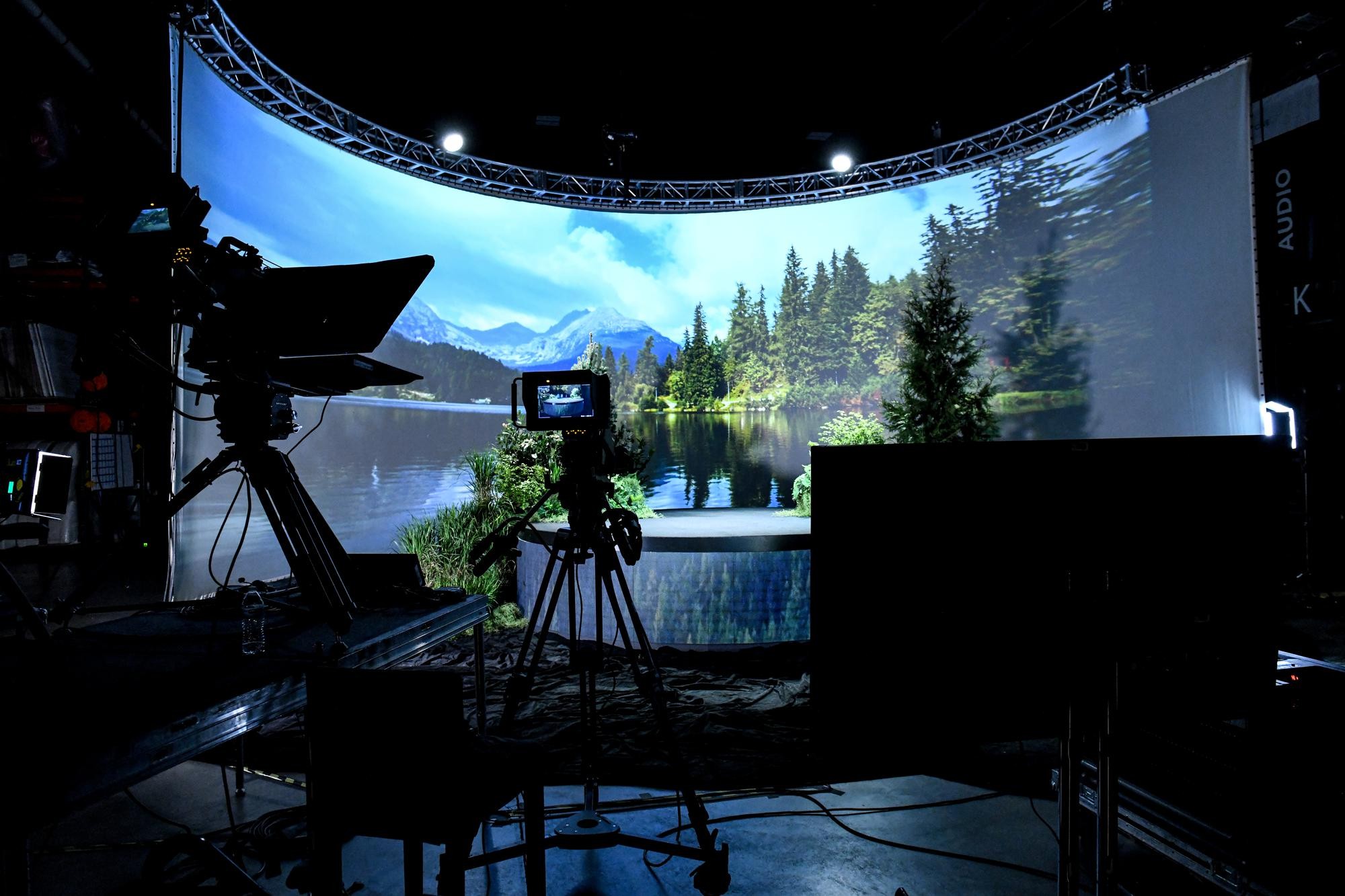 Access to all of the technology required to produce an event of this caliber means nothing without a creative vision, a client's trust, a fully committed team, and a partnership as strong as Young Living and Cornerstone. The Young Living VIGC was a truly monumental project for Cornerstone, a testament to our innovation within the event industry. 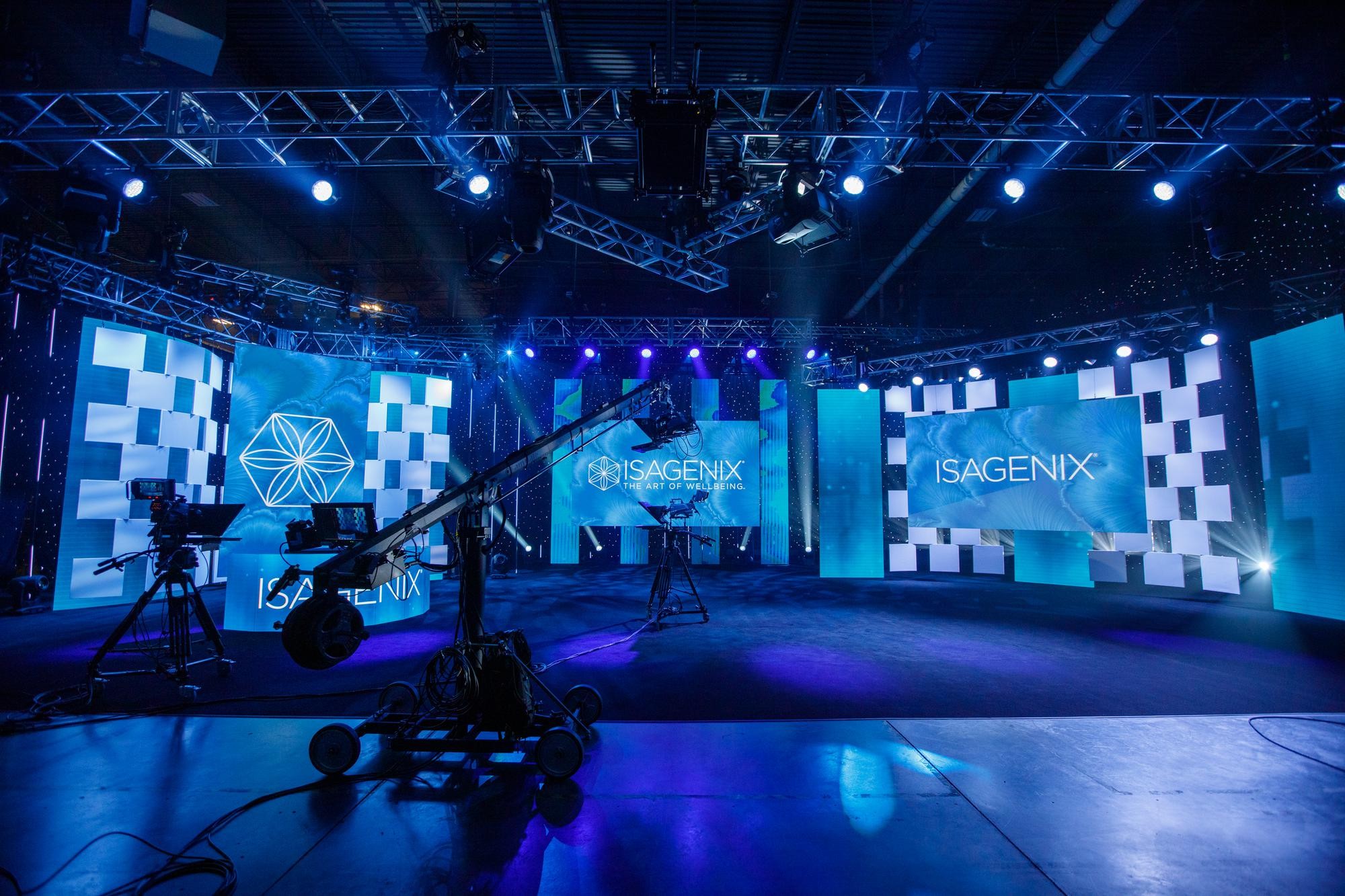